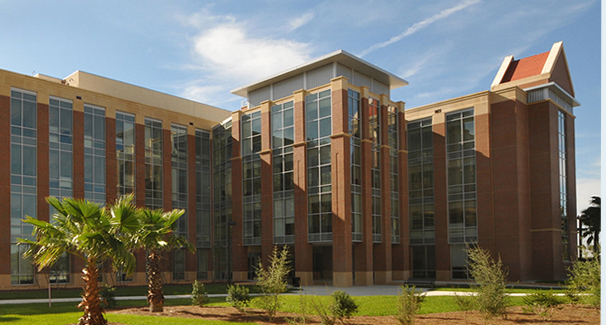 Faculty from the College of Veterinary Medicine (CVM) are committed to the success of the Emerging Pathogens Institute (EPI) and comprise 20% of the more than 100 scientists and professionals campus-wide who have declared an interest in joining the Institute. A number of the CVM faculty with research interests in emerging pathogens are in Infectious Diseases and Immunology (ID&I). The research interests and expertise of each of the ID&I faculty are described below as they align with the EPI program areas.

Molecular, biochemical, and immunological bases for host-parasite interactions that lead to the establishment of persistent hemoparasitic infections in immune mammalian hosts; structural aspects of membrane organization and modification in parasite-infected cells; particular expertise with parasites responsible for bovine babesiosis and human malaria; combinatorial genetics as a strategy for identification of interacting components. Our projects are aimed toward the development of strategies to induce variation-transcending immunity.

Defining the pathogenic mechanisms by which mycoplasmas cause both respiratory and urogenital infections in a variety of hosts including humans, rodents, food and fiber animals, and wildlife; development of models to study virulence factors of Mycoplasma mycoides SC type (class B agent of special concern by USDA and APHIS) with special emphasis on the pathogen and host factors that exacerbate pulmonary disease and facilitate spread to extrapulmonary sites, particularly the central nervous system.

Molecular biology of parasites with research goals targeted toward prevention, diagnosis, and chemotherapy of infection. Current emphasis is on identifying targets for the rational design of novel antimalarial drugs to control or prevent infection with the human malaria parasite, Plasmodium falciparum. These studies include developing genetic tools for conditional knockout mutagenesis in this species. Specific projects focus on the family of aspartic proteinases expressed by the parasite and the DNA gyrase of the apicoplast, a unique organelle derived from an ancestral algal chloroplast.

The failure to target the latently human immunodeficiency (HIV) infected resting cells and the emergence of resistant viruses is a major impediment to drug therapy. An increasing prevalence of resistant viruses and the presence of latently infected resting CD4 cells carrying replication-competent HIV has been demonstrated in chronically infected individuals who are antiretroviral naïve as well as in those who are receiving highly active antiretroviral therapy (HAART). Our research goal is to develop effective strategies that can inhibit HIV replication and consequently limit AIDS pathogenesis. Using a foamy virus vector system as a vehicle to deliver antiviral genes we are targeting the viral genome as well as cellular factors involved in viral entry to combat HIV. In addition we are studying, using the feline immunodeficiency virus (FIV) model, virulence factors that influence virus replications and pathogenesis.

Our research accomplishments are co-discovery of feline immunodeficiency virus (FIV) in 1986 (Science, 1987; US patent 5,037,753); co-development of commercial FIV diagnostics in 1989 (US patent 5,118,602); and development and commercial release of our dual-subtype FIV vaccine by Fort Dodge Animal Health, Division of Wyeth in 2002 (AIDS, 2001; US patent 6,447,993B1). This release has led to the development of HIV-1 vaccine against FIV using HIV-1 epitopes cross-reactive to FIV (AIDS, 2005). Our adoptive-transfer studies using semi-inbred cats have demonstrated that T-cell immunity induced by our dual-subtype FIV vaccine is more important at broadening vaccine protection than FIV-specific antibody immunity. Thus, understanding the mechanisms of FIV vaccine should contribute to the development of HIV-1 vaccine for humans. With increasing worldwide incidence of zoonotic infection with diverse viral diseases, our semi-inbred cats are being used to develop cellular-immune based vaccines for other viruses mutually important for cats and humans, such as the designing of avian influenza virus (H5N1) vaccines. Developing databases for viral peptides and the binding pockets of feline MHC-I and -II in context to efficacy trials should provide a computational approach in development of T-cell based vaccines as well as T-helper based antibody vaccines. Such MHC-based computerized modeling is at the early stage of research develop for designing vaccine immunogens of human diseases. We also consider HIV-1 infection of humans to be a major zoonotic infection that has not been discussed in the same breadth as other emerging pathogens but achieved its own recognition as being the leading cause of mortality for adults at age range of 15 to 59 worldwide. In order to identify evolutionarily-conserved HIV-1 epitopes for human vaccine, we are comparing the HIV-1 epitopes recognized in the HIV-1/FIV-cat model to viral epitopes recognized by HIV-1 infected subjects from acute and long-term survivor populations.

Much of Dr. Dinglasan’s research has focused on finding a vaccine that will prevent malaria transmission. As part of this effort, Dinglasan has focused specifically on ways in which interactions between the human malaria parasites Plasmodium falciparum and P. vivax and the Anopheles mosquito midgut can be better understood to disrupt the transmission of these pathogens to humans. To better study these interactions, he is interested in the application of mass spectrometry toward the molecular and cellular analysis of critical transition steps during malaria parasite transmission. He has also studied how nanoparticle technology can contribute to the development of vaccine and drug delivery systems.

Exotic viral infections of livestock, poultry and wildlife with emphasis on diagnostics and control. Use of non-infectious molecular approaches for the detection and identification of animal viruses in tissues/secretions/lesions. Detection and identification of novel viruses from aquatic mammals. Development of recombinant vaccines for livestock based on poxviruses, herpesviruses and nucleic acids.