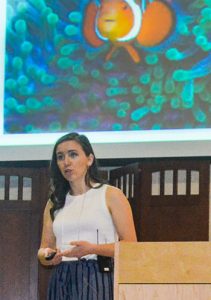 ID&I faculty, staff, and students were out in force at this year’s North Florida Marine Science Symposium. The gathering, which brought together researchers from regional institutions at UF’s Whitney Laboratory for Marine Bioscience, featured lectures, posters, and discussions centered on the marine sciences.

Dr. Md. Shamim Ahasan, from the Waltzek Lab, delivered a presentation comparing and analyzing the fecal bacterial communities of wild-captured and stranded green sea turtles from the Great Barrier Reef (based on recently published research). Green sea turtles rely on colonies of gut microbes to help them digest their primarily plant-based diets. Dr. Ahasan’s work aims to better understand these critical microbial communities and their role in sea turtle health and disease.

Dr. Banikalyan Swain, from the Curtiss-Clark Curtiss Laboratories, presented on the potential for the bacteria E. piscicida to be employed in the aquaculture industry as a recombinant attenuated vaccine. Such a vaccine could be used to induce protective immunity against fish pathogens such as Ichthyophthirius multifiliis, a parasite in freshwater fish that causes the disease commonly known as white spot disease, a disease responsible for huge economic losses in the global aquaculture industry. 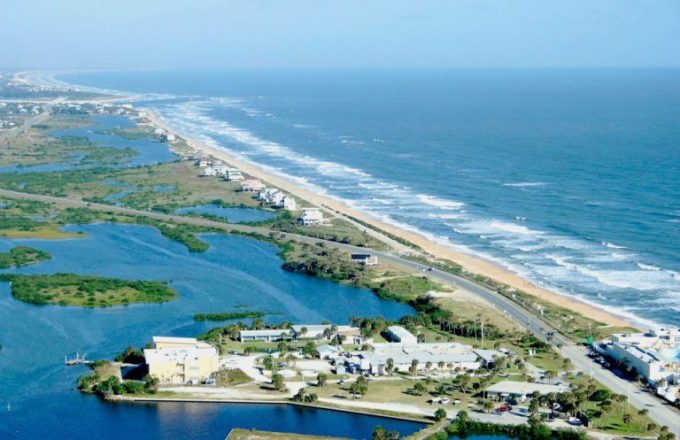 Aerial photo of the Whitney Laboratory for Marine Bioscience with the Atlantic Ocean on the right and the Matanzas River on the left.

Nelmarie Landrau-Giovannetti and Elizabeth C. Scherbatskoy, PhD students in the Waltzek Lab, also presented at the Symposium. Nelma’s talk focused on infectious diseases found in stranded cetaceans, specifically a novel circovirus found in a Longman’s beaked whale (Indopacetus pacificus) stranded on the coast of Hawaii. Elizabeth was honored with the best student presentation award for her dissertation research on a novel picornavirus associated with significant mortality events in the clownfish aquaculture industry.

The Symposium’s setting was fitting for a day-and-a-half steeped in marine science. University of Florida’s own Whitney Laboratory for Marine Bioscience (WLMB) is situated on Florida’s First Coast twenty miles south of St. Augustine. The lab is flanked on the west by the brackish estuary waters of the Matanzas River and Pellicer Creek, and on the east by the Atlantic Ocean.

Several ID&I faculty members were also in attendance. Dr. Kuttichantran Subramaniam, Research Assistant Professor in ID&I, presented a talk on the characterization of three novel viruses affecting crustaceans, one of which (Panulirus argus virus 1) is the only known pathogenic virus infecting the Caribbean spiny lobster (Panulirus argus). Dr. Thomas Waltzek, Assistant Professor in ID&I and Director of the Wildlife and Aquatic Veterinary Disease Laboratory (WAVDL), delivered the final lecture of the event. His talk elucidated the phylogenomic diversity of the cetacean morbilliviruses, the most significant pathogen affecting dolphin populations today.

More information about the North Florida Marine Science Symposium can be found on their website. 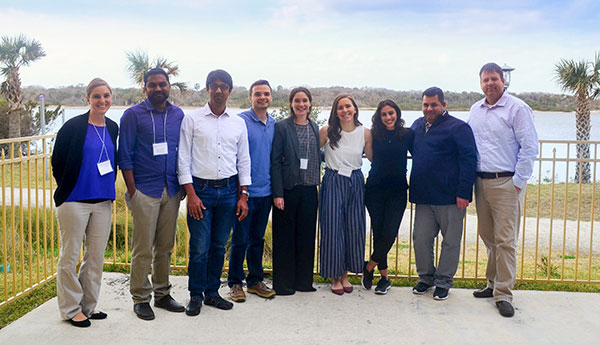 A new $1.29 million grant will support work to develop a saliva-based malaria diagnostic test that catches infections even when victims don’t show symptoms.

Dr. Rhoel Dinglasan explains why a new diagnostic test for malaria developed by him and his colleagues at the UF Emerging Pathogens Institute could be a game-changer.

“This establishes that specific strains of a probiotic bacterium can mobilize immunity to enhance the health of newborns,” said. Dr. Mansour Mohamadzadeh

An easy-to-use saliva test to screen for the parasite that causes malaria has been developed by a team of researchers led by a University of Florida scientist.